Many Texans are wondering how their turfgrass will respond come spring after Mother Nature unleashed the recent arctic snap across southern regions unaccustomed to such freezing temperatures.

In most of Texas the air temperature was low enough to damage or kill most of our traditional turf grass types. Perhaps the one blessing in disguise for plants during this event was the snowfall that came along with it, blanketing the state as far south as Brownsville.

Patience is key this spring, as delayed recovery and green-up may be expected from rhizomatous species including Bermuda grass and zoysia grass. This is going to be the case where low temperature kill injured stolons/rhizomes near the surface, but regrowth may still be possible from deeper in the canopy where temperatures were stabilized near or above freezing during the multiday freeze event. 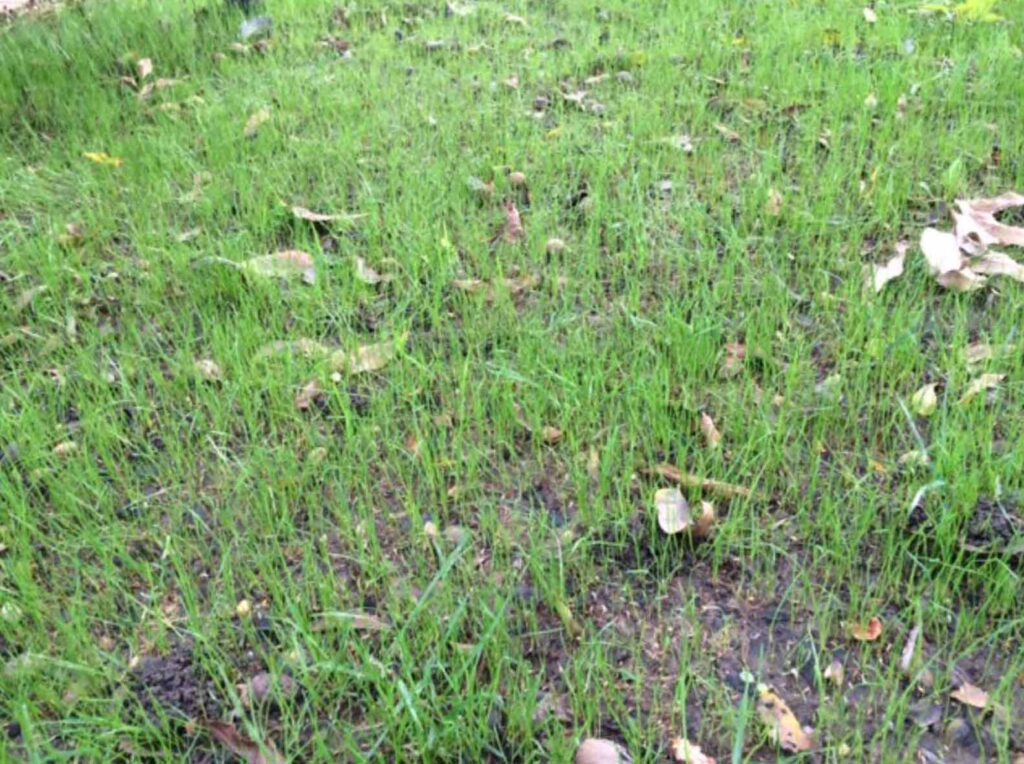 Freezing injury due to exposure to prolonged low temperatures would be the greatest risk to grasses during an extended deep freeze like the one occurring recently. Although all warm-season grasses have some degree of built-in winter dormancy mechanisms, their relative tolerance to subfreezing temperatures goes only so far and varies depending on the species and cultivar.

In general buffalo grasses possess superior low-temperature tolerance, which can be seen in the extent of their northern adaptation, extending all the way into Canada. Zoysia grasses possess the next best cold tolerance, with cultivars such as Meyer being grown as far north as southern Indiana and Ohio.

Although Bermuda grass cultivars with enhanced cold tolerance have been developed in recent years, such as Latitude 36 and Northbridge, they generally possess moderate cold tolerance, limiting their use to the southern transition zone and southward.

Among the warm-season grasses, centipede grass, seashore paspalum, St. Augustine grass and ultra-dwarf Bermuda grasses, typically used on putting greens, all possess the least cold tolerance and are those of most concern following cold snaps like the one experienced recently.

When considering low-temperature thresholds combined with the more than three days of subfreezing temperatures, the outlook for warm-season turfgrass survival and recovery would seem very bleak were it not for the timely snowfall that occurred and insulated the ground through most of the extreme cold.

While it’s likely that spring green-up may be delayed in many areas and stands may be thinner than usual, we are cautiously optimistic that we will see favorable spring recovery of warm-season turf stands across much of South-Central Texas. 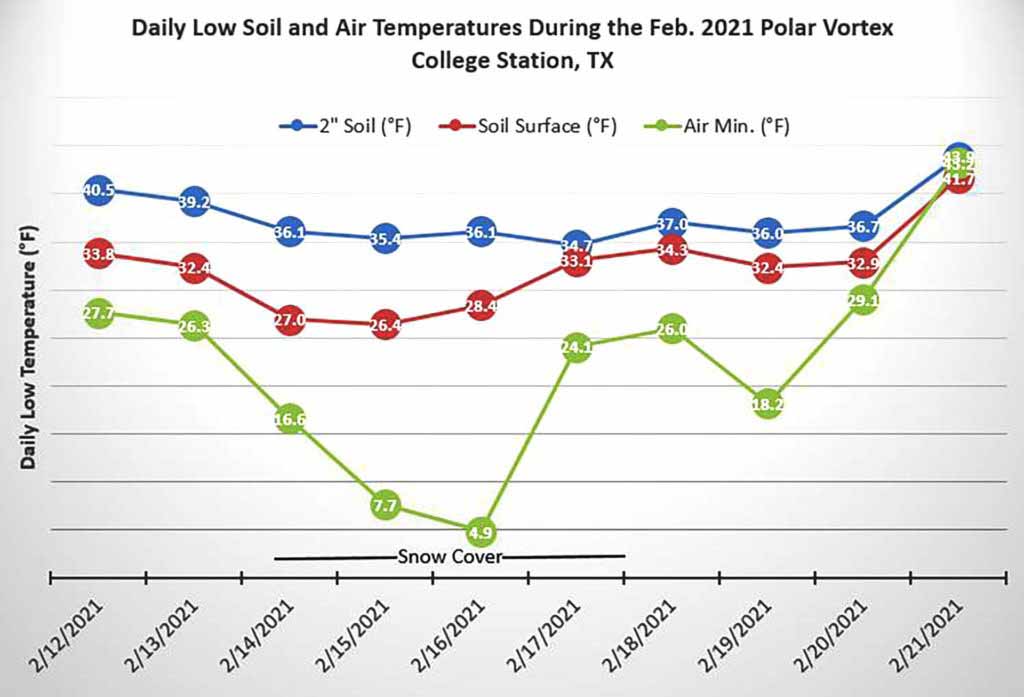 Turfgrass response to low temperatures is being monitored across the state.
(Texas A&M AgriLife graphic)

In the Bryan-College Station area, although air temperatures dropped into the single digits over multiple nights, upper soil temperatures never fell far below freezing, which may have aided the chances for warm-season turf survival. Winterkill of some of the more sensitive warm-season grasses begins in the mid 20’s.

For more northerly regions of the state including the Dallas-Fort Worth region, where even lower temperatures were encountered, winterkill is likely to be more widespread, primarily for St. Augustine grass lawns.